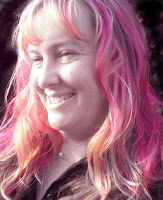 I've been telling tall tales of adventure both real and imagined since I was little, but becoming an author was never particularly on my to-do list-- takes way too long to write books.

When I did start writing for fun and profit, it was in the world of blogging.

It wasn't until a friend of mine get into self publishing that I even considered doing this.

So I looked into how it worked and here I am almost a year later. Turns out-- I kinda like doing this writing thing.

So I'm gonna keep it up.

I have a lot of stories rolling around in my head like loose screws. Eventually I'll type them all out for you.

Paranormal (shifter, mostly,) and contemporary romance are the categories most of my stories fall into and, after some hemming and hawing, I've decided to publish both under the same name.

For the time being, my "real life" consists of a long term, live in, boyfriend, a couple of dogs, a couple of motorcycles, and a day job.

I live at the base of the western Sierra Nevada mountain range in the middle of California and I spend as much time in those mountains as Real Life allows.

I have no idea what people want to know about me so don't be shy about asking questions.