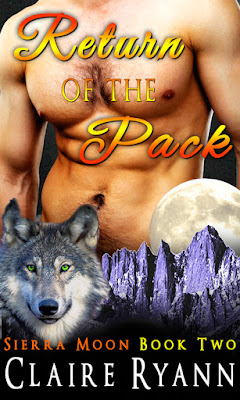 
Posted by Claire Ryann at 8:18 PM No comments:

I am working very hard on Sierra Moon Book 2: Return of the Pack.

But every so often, I need to stretch my legs-- even if in the metaphorical sense of wandering about the Internet.

I'm sure by now all the avid readers of ebooks-- at least on the Kindle Unlimited platform-- have heard at least a hint of the storm brewing in the indie author community?

Amazon ripped the rug out from under us.

A lot-- and I mean A LOT-- of people have found very satisfying work in the field of independent publishing: Kindle Unlimited (or any of the programs that allow you to borrow books from the Kindle Lending Library) opened a new world for indie publishing. 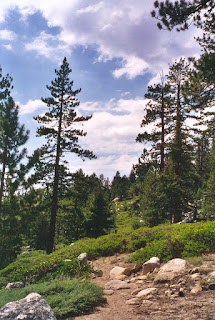 Of course, KU came with its own host of secret algorithms and clandestine policies that Amazon is fond of. Seriously-- getting into this business has been a helluvan eye-opener about the company. But that's not my point...

The KU program is about a year old now and Amazon apparently took all the data it's compiled over that time and decided to throw the program one big giant first birthday bash by changing everything.

Well. That's how it feels to the authors who've finally managed to figure out a pattern that allows them to make a living from writing.

From your (the reader) point of view, I suspect not much has changed.

Personally-- I think that's a good thing. That it isn't changing the reader's experience. After all, the reader is our customer and we very much want happy customers.

Essentially, and most importantly, Amazon announced that it is changing the way it pays authors for our works that are borrowed from the library.

We used to get paid per unit: As soon as someone had opened the book to or past the 10% point, it counted in our accounts as a "borrow" and we got paid one set rate.

Well...not really a "set" rate, because we never knew how much each borrowed unit was worth until mid-way through the following month when all the math had been done.

Amazon sets aside a chunk of money for paying KU authors. At the end of the month, they tally up how many qualifying borrows were made and then they split the pot evenly.

You can imagine how, after a year of doing it this way, the independent author community had managed to work out what they could expect as an average payout and decided whether or not it was worth signing a 3 month exclusivity contract with the 'Zon to put their titles into the program. 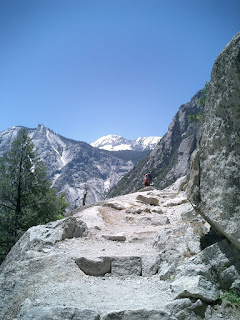 For a lot of us, it was. It really really was. Especially for those of us who prefer short story formats.

Of course, this amounted to essentially putting all one's eggs in the same basket: Amazon had our titles locked up in a tight lease for 3 months at a time. During that time, no portion of any of those titles can be up for sale elsewhere.

Well, we all got a fancy email from our benevolent overlord awhile back to let us know the exciting news!

Change is scary. Especially when you've just figured it out. And even more especially when it comes from the person who's paying you.

Anyone who's ever had a job anywhere probably knows that if the BOSS is excited about a new pay plan... the employees won't be.

Even though Amazon isn't technically our boss-- because 1099s and all that (we're independently contracted)-- it is still who collects the money and gets to decide how to divvy it out (btw: in many worker classification fields, these are key points the IRS takes into account in deciding if you're an indepent contractor or an employee...but Amazon is a big company with lots of accountants and lawyers, so I guess they totally qualify for different criteria than say... the average beauty salon.) 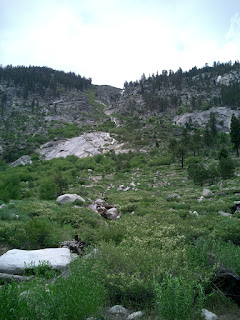 
No one knows what they're going to pay per page. It could be way better! But the pervasive feeling is that it's likely to be way worse.

This means that a lot of us are having a hard time concentrating on our writing. A lot of us are pulling titles out of the Kindle Unlimited program at light speed in order to publish those same titles on mulitple platforms in hopes of making up the difference. And a lot of us are planning on switching up our writing style to novel length works-- which will have more pages, ergo, more paid page reads.

All of these strategies for being able to continue to make a living will likely impact many readers. You might not be able to find your favorite books and authors in the Kindle Lending Library any more. You may see increases on prices to purchase the same books that were prices very reasonably before (because the KU payments made up the difference.) You may have to wait a few months between releases, instead of only the week or two that many short form authors were able to keep their schedule to.

Mind you, no one will really know anything about how the changes affect us until August 15 when Amazon releases the payment notices for July.

I suspect that after that, the dust will settle and we'll all get used to a new routine.

Or. It could be bad. Really, really bad.

In the meantime... we're still writing!

Sierra Moon 2 should be up for sale-- and borrow-- by July 13th. If I'd stop shopping for new tents on the Internet.